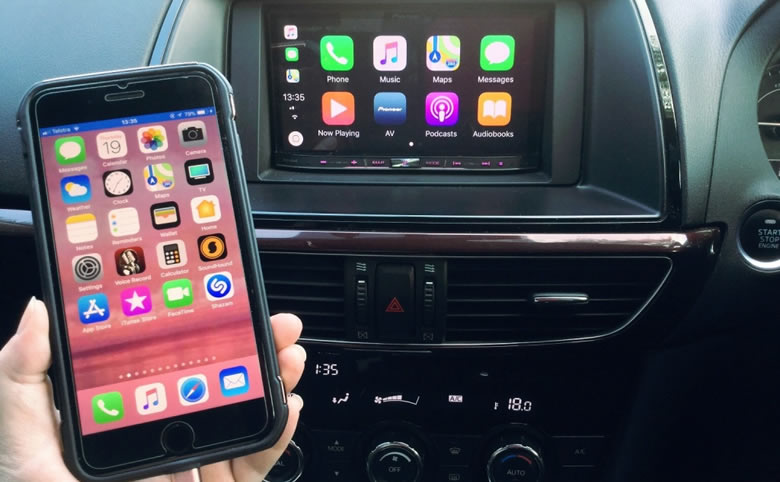 When it comes to in-car navigation, long gone are the days of the old street directory. These days your main options are in-built or dashboard-mounted sat nav devices or smartphone GPS apps, like Google Maps and Waze.

Each system has its benefits and its drawbacks, so it can be difficult to know which to choose. We’re going to run through some of the differences between in-built sat nav systems and smartphone GPS apps so you can work out which one suits you best.

There is a significant difference in map functionality when it comes to sat nav systems and GPS apps.

Many GPS apps, for instance, have accurate live traffic updates, providing you’re connected to the internet. Some in-built systems also offer this feature, but it doesn’t come standard on all models.

Unlike most sat nav systems, GPS apps let you carry out more general searches. For example, if you’re looking for a fast food place in a new area, you can type the restaurant’s name in rather than a specific address. A GPS app will then show you the available options nearby.

In-built sat nav search systems tend to rely on street addresses or specific points of interest, and can be limited when it comes to more general searches.

When it comes to the maps, however, in-built sat nav systems are better at pinpointing your position. GPS apps can quickly get overwhelmed in busy or low-signal areas. They may not be able to accurately place where you are, can take a long time to update directions and may end up giving you incorrect directions. In-built navigation systems aren’t as affected by these issues.

A map is no use if you can’t see it. In-built navigation systems tend to have bigger and clearer screens than your smartphone. That means that sat nav systems are easier to see and safer to use while driving. Additional information, like upcoming turns and speed limits, can also be shown on the screen without obscuring the route.

In terms of touch-functionality though, GPS apps are typically more responsive than in-built or dashboard-mounted navigation systems. While smartphones have extremely high-functioning and responsive touch screens, sat nav system interfaces tend to be more clumsy and less responsive to touch.

A built-in sat nav system is designed to be used while driving. That means it’s integrated into your vehicle and can usually be operated via the controls on your steering wheel, allowing you to operate the system without taking your eyes off the road.

GPS apps, on the other hand, often need to be integrated into your vehicle system via Bluetooth or an additional cable, which can be a hassle. However you integrate your phone into your vehicle, there is usually still a lot of manual handling of your phone. This can be risky as you risk serious fines if you get caught using your phone while driving.

Pretty much everyone owns a smartphone these days and most GPS apps are free to download. The only accessories you may need include a dashboard mount and the cables you need to charge and connect your phone in the car. That means there isn’t much in the way of up-front costs when it comes to using GPS navigation apps.

Dashboard mounted sat nav systems will cost between $100 and $500 depending on the quality and functionality. Installing an in-built navigation in a car can be quite expensive as it will usually involve a complete new car audio installation and some costly alterations to your vehicle’s interior.

There’s actually no clear winner when it comes to which is better. It comes down to how much you drive and how regularly you need a reliable navigation system. For instance, if you only need it every now and again, a GPS app should do fine. However, if you need navigation regularly, particularly for long trips or regular driving for work, then an in-built may be a better choice.

View all posts by Admin